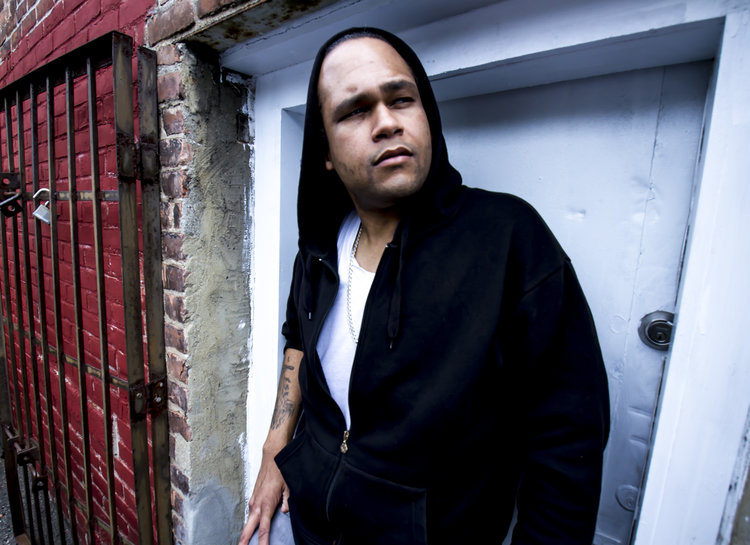 Within this episode Vid The Visionary Shines the Artist Spotlight on:

*Growing up in Cambridge from the Bronx

*His interest in animation artistry

*The story behind his single “Being Human”

*Encouraging Thoughts to young aspiring artists David G. Wilkinson aka ‘Vid the Visionary bka Dizy, was born in the Bronx, New York. Forced to move around early and often never staying in one place for long. ‘Vid had to mature quickly to endure his environment. As a result of his diverse upbringing he developed a unique style art and music. Passionate about visual and audio story telling his technique is one with the Rhythm and pace of Hip Hop, a feel of R&B and often the intesity of Rock! These are among the many influences that have culminated his style.
In 2007 he teamed up with family friend and producer Jean Chardavoine and began traveling back and forth between New York and Boston. Under the stage name “Dizy”, he and Chardavoine began to break into the Hip Hop scene with soulful instrumentals and sharp lyrics. They developed hit singles like “Behind the Bars” & “On Point”, receiving a good reception from various audiences.
In 2009 ‘Vid recorded his first official studio album in titled: Dizy – Time 2 Blow (up) produced by up and comer Eddie ‘The Wizard’ August. The album was made available on Cdbaby.com ( https://www.cdbaby.com/cd/Dizy). He was also featured on NY underground mixtapes like: Blow your Speakers 2, Kush Summer 4 and Death Proof 4. produced by known mixer DJ Gemstarr. As well as performing at multiple venues in Boston, Revere, New Hampshire and Manhattan he quickly gained recognition from his peers.
After the explosion of the internet, ‘Vid started a rap series called “The Lyrical Diaries” in 2010. Starting from his room to the studio, parking lots and even Anime Boston! A journey of growth with ten chapters of lyrical free verses showcasing his lyrical diversity. @ ( https://www.youtube.com/watch?v=9-PdifNLrCQ )
He released two more the singles in 2012 titled “Letting Go” & “Oh My” produced by Russell Alba (Rebellion Recordings) with instrumentals provided by Stephen “Sq Route” Ruggs (Regular Routine Production). Connecting with rap moguls and hard working entrepreneurs like Jim Jewels ‘Vid quickly began to gain momentum. Looking to further his exposure and experience he played small roles in feature films and voice acting as well. In between this he continued his education in the creative arts, spending 2 years studying at Emerson college where he received a Certificate of Professionalism in illustration and writing. As well as credentials from AIOP (Arts Institute). This prompted the creation of New School Comics, a website and organization dedicated to the creative arts @ https://newschoolcomics.wordpress.com/art/.
In 2015 “Vid the Visionary” the Mixtape was released on Reverbnation and Youtube @ ( https://www.reverbnation.com/vidthevisionary ) produced by Yann Blakk and DJ Russ-Ell (Nest Music Group). More recently ‘Vid has released his new single “Hoody”. You can check out the video @
In the words of the man himself…
“I like to make music that has a genuine feel. While I try to be diverse, I always make sure it’s still me. Music is art and art is one of the purest forms of human expression.”
– ‘Vid the Visionary