Collaboration is Crucial for a Burgeoning Music Scene 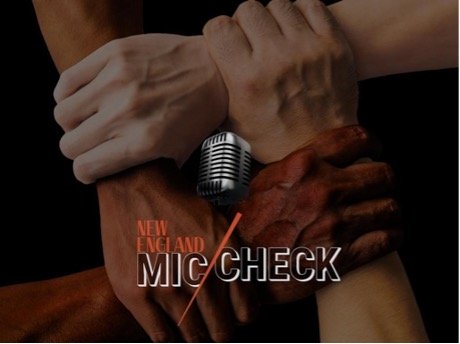 Collaboration is Crucial for a Burgeoning Music Scene

8
Spread the love
It’s been happening since the beginning of time!

As we have discussed in a previous blog post, the New England Urban music scene and culture has been on the rise! Why? Because the artists and community are starting to show much more love and are working together to help bring the culture up.

This was something that had been missing in the New England scene for a long time—and the collaboration we are seeing in the region during the present day has been heads-and-shoulders above what it has been in the past. While other regions and cities made a strong name for themselves in the Urban music scene, New England was always pretty quiet—until now.

So why is this collaboration so important? Outside of the obvious cross-promotional pathways this creates for the artists, of course. This could be a philosophical dissertation for graduate school, but we’ll keep it simple and bring it back to the basics: human nature.

Human nature is to be collaborative and helpful to create a better situation for everyone involved. It is literally how human beings evolved into what we are today. Think about it: humans in nature without the ability to communicate and collaborate like we do? No way! We would’ve been extinct! We have two legs, are not particularly athletic compared to other species, do not have the best physical traits for being a predator or to avoid being prey without tools, and are altogether a little awkward! If it weren’t for the earliest collaborations of humankind, I wouldn’t be writing this blog, you wouldn’t be reading it, and you wouldn’t be sitting there wondering where

I’m going with this …

… so let’s bring it forward. We have all the tools, technology and cognisance to do great things individually—much more than the oldest human ancestors, and even much more than the generations that came before us. But we still have to contend with human nature and bias (both conscious and unconscious), which is why it’s especially important for the Urban music scene and culture to be collaborative and work to lift up in a positive way.

Since the formation of modern Western civilization, the cards have been stacked against Urban culture, people of color, and anyone deemed to be “different” from the norm. It isn’t pleasant to discuss, but it must be in order to understand why working together is so vital.

Urban music and culture always had to fight its way into the mainstream. Take the early days of rap and hip hop, for example. It took years to get the songs on the radio for the real masses to hear, but the scene had started to explode “underground” because artists and communities stepped up and worked together. New York, Los Angeles and Chicago led the way, other cities and regions would soon follow, and that’s how it rose to be so prominent in mainstream culture.

New England is up-and-coming, but we still have work left to do. No matter who they are, everyone has been involved in some difficult discussions about race, ethnicity, and how we move forward in a society that seems both eternally optimistic and completely broken at times. New England, Boston in particular, has never quite reconciled with the tumultuous past with racism and segregation.

Because New England has had such an enormous difficulty really letting go and moving forward, it makes what we’re working to do as a community and culture that much more important.

WE can be the change!

WE can show them the vibrance, diversity and humanity that is Urban culture.

So continue to collaborate through music, art and community. If we continue to strengthen our bonds and work together as a community, positive uprising is inevitable! We at New England Mic Check Radio are proud to be part of it.