Moving Past Our Misconceptions 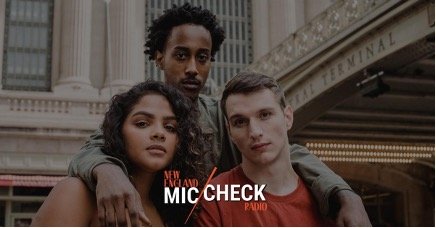 Moving Past Our Misconceptions

8
Spread the love
Building collaboration and understanding across cultures is necessary for society to truly move forward. So how do we do it?

In our most recent post, we discussed why collaboration is vital for a burgeoning music scene like New England. We touched on this a bit, so it’s probably worth reading before continuing with this post, in which we will delve deeper into what has been holding not just the New England scene back, but our entire country back as we continue to confront issues of race, culture, religion and class.

It can be difficult to sift through everything to figure out the root problems; the noise has been incredibly (and deservedly so) loud, but has also become a bit of a cacophony. It has left many of us searching for the root causes of what ails us as a society. Is it the media? What about our politicians and community leaders? Are we really that bad as a whole? Are we broken? Is it fixable?

We’re going to focus on the last question, because I (along with my compatriots at New England Mic Check Radio) believe that it is fixable. In order for us to truly become better though, we have to be willing to all take individual steps in the right direction. To identify the root cause of all this division, misunderstanding and flat-out hatred, I’d like to take you back in time and tell you a story.

The year is 1945, and my then-21-year-old grandfather is walking down the streets of Brooklyn. He had just come home after spending three years in military fighting in WWII, and was getting used to civilian life. He was walking aimlessly, when he came to one of those sidewalk medians they have in New York (you know, the squares that appear in the middle of the sidewalk that usually house a tree and some dog poop). On the other side of the median, a Black man had come to a stop.

For a moment, they stared, both of them startled. My white Jewish grandfather and this Black man did a bit of dance, trying to go in opposite directions but continuing to accidentally walk toward each other. This happened a few times before the black man said, “Hey! Dontcha know I’m scared, too!”

The year is now 2016. I am sitting in my grandparents’ living room with my little sister, my father and grandparents. We had been talking about Colin Kaepernick and the rise of the Black Lives Matter movement.

My grandfather, having just recounted that story, had a tear in his eye. He began to tell us about more moments throughout his life that stuck with him and related to the struggles we were experiencing in society today. It’s moments like this that I can’t help but recognize the absolute treasures that my grandparents truly are.

After a while, we realized that the core of the issues we are facing from racial and cultural standpoints go back to his first story at the median in the sidewalk. My grandfather and that man did not know each other, but the misconceptions they both possessed when they saw each other led to snap judgement calls.

These misconceptions have always existed with human beings, which is why we must push past them and evolve. I had the unique experience of growing up in environments in Glendale, AZ and Worcester, MA that were diverse, and although I significantly appreciate that, I was very naive to the reactions people of color in particular would endure in other public spaces.

When I moved to Boston, I started to notice something that made me incredibly uncomfortable. When I would walk around the city with my white friends, Asian friends or my Guyanese friend, nobody paid us any mind. When I walked around with my Black or other South American friends, passers-by would often look twice, purposefully veer away from, or clutch their pockets or purse a little tighter.

I realized that, even growing up in the communities I grew up in, I still had growing to do when it came to judging a book by its cover (in this case, a human being by their appearance). Since then, I’ve noticed my group becoming more diverse in not only appearance, but culture and worldview. I still have moments, and It’s something that I am still and will continue to constantly work on; but it’s worth it.

What are we as a species if we aren’t working to be better? It’s time we start the next evolution of humankind (which I believe to be less of an outwardly physical change and more of an expansion of understanding and collective intelligence). Once we realize the people in front of us are so much more than what we see right away with our own two eyes, we’ll be able to create a better society for all of us.

Let’s get past these misconceptions, let’s collaborate more, and let’s make ourselves a more beautiful world—together.